Introducing a new feature: read classic materials from the archives of the print version of The Nabokovian. Selected by the site's editors, contents will be featured free of charge and will vary quarterly. Full access to all of the print and electronic issues of The Nabokovian are available on this site to members of the International Vladimir Nabokov Society (IVNS). To join, please go here.

Our third feature is "Colloquy on Browning's Door" from the 34th issue (1995) of The Nabokovian.  Enjoy your reading!

Some of you know that I study Poe as well as Nabokov. I'm bringing these two interests together tomorrow night as part of Poe Baltimore's year-long celebration of Virginia Poe's bicentennial. Why did Nabokov consider titling Lolita either A Kingdom by the Sea or Ginny, the nickname for a heroine who might have been called Virginia rather than Dolores?  I'll be discussing Virginia Poe's influence on Nabokov's novel; on Annabel Leigh, Ginny McCoo, and Dolores Haze; and on different aspects of Humbert's defense, as he construes it in his confession.

I write to express my heartfelt gratitude to the three organizers of the Hidden Nabokov Conference that began this past Wednesday with a sparkling, brilliant plenary talk by Priscilla Meyer and ended with an achingly beautiful plenary talk by artist Shelley Jackson. Though the conference continues online on Wednesday, June 29, an expression of gratitude feels appropriate at this juncture.

my book about Nabokov and Germany - "Vladimir Nabokovs Eigenwelt. Deutsche Bezugspunkte einer russischen Künstlerexistenz" - was published on 16.05.2022 by Vandenhoeck & Ruprecht.

I hope, it will find interest among Nabokov admirers who speak/read (in) German.

The book Magda Nachman: An Artist in Exile by Lina Bernstein has just been published by Academic Studies Press. 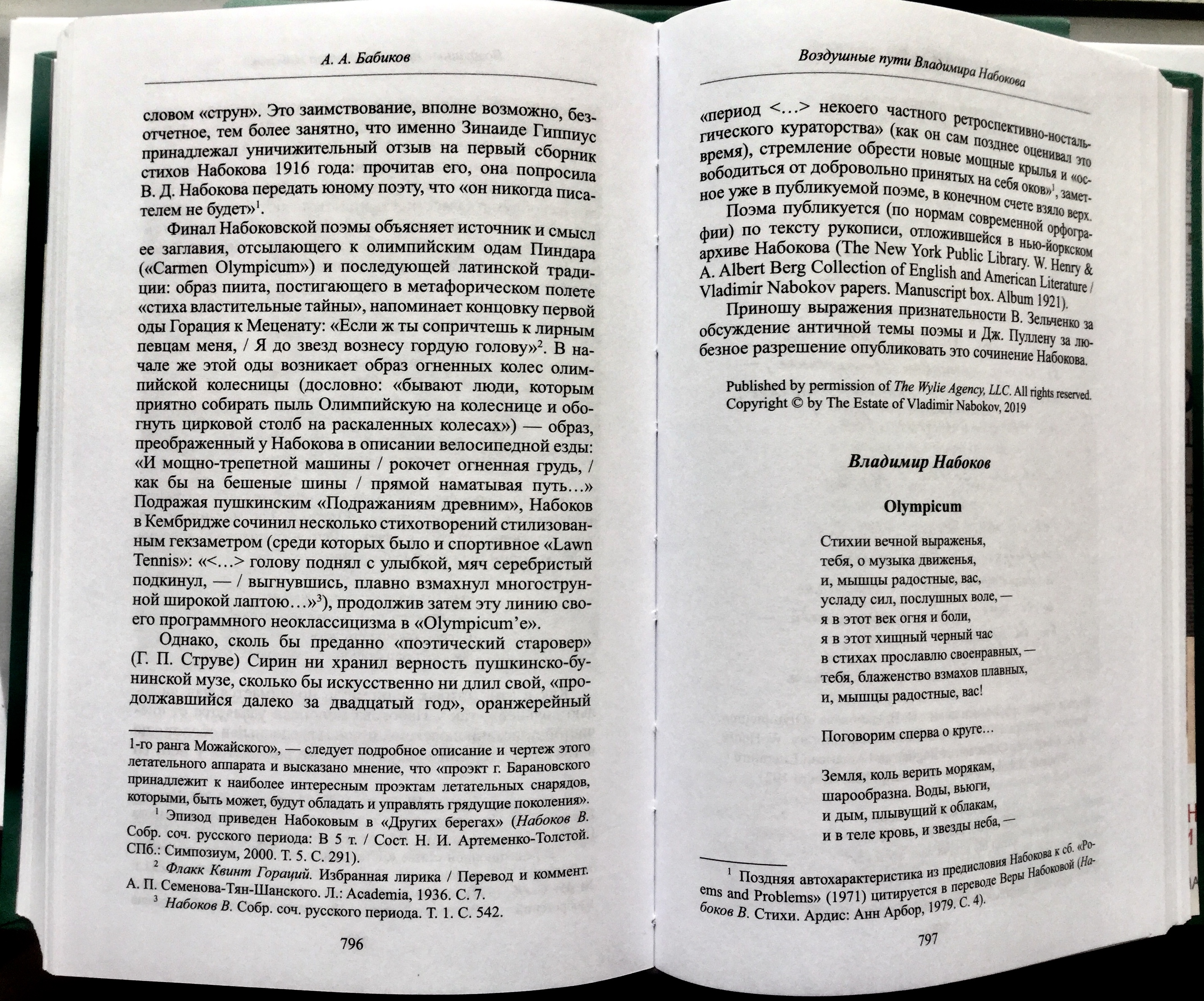 Nabokov's long poem Olympicum, consisting of 260 lines and dated September 15, 1921, is published for the first time in the collection of articles and materials Emigrantica et cetera (Moscow, 2019). Foreword, publication and notes by Andrei Babikov (pp. 791-805).