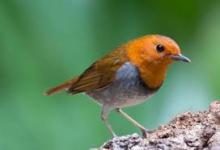 It was with much sadness and regret that I received the news of Don Johnson’s passing. I offer my most sincere condolences to his widow. 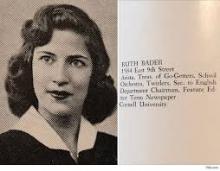 To mark the tragedy of the loss of Supreme Court Justice Ruth Bader Ginsburg, Zoran Kuzmanovich reminds us that Justice Ginsburg cited Nabokov as having been "an enormous influence" on her. She took his "European Literature" course at Cornell and remembers vividly the relish with which he read from Bleak House. Read more here. The accompanying photo shows us what Justice Ginsburg looked like when she was Nabokov's student at Cornell.

I've recently taken over the editing of the Notes and Brief Commentaries section of The Nabokovian. As many of you may know, The Nabokovian was launched by Stephen Jay Parker in 1978 (as The Vladimir Nabokov Research Newsletter) and has recently moved online, where it can be found here on the site of the International Vladimir Nabokov Society.

Although connections between cinema and Nabokov have been occasionally explored by scholars, no symposium has ever tackled the role that cinema plays in Nabokov’s work or the dialogic relation that exists between them.

I’m happy to announce the publication of my new volume,

A gripping account of the 1948 abduction of Sally Horner and the ways in which that crime inspired Vladimir Nabokov's classic novel Lolita.

Sarah Weinman will talk about her new book with Dana Dragunoiu on Thursday, September 20, at 6:30 pm at the Ottawa Public Library, Sunnyside Branch.

Princeton University Press has issued a cheap ($17.95, cheap by Princeton standards) paperback of volume 1 of the revised (1975) Nabokov translation of Pushkin's Eugene Onegin, in their new Princeton Classics series, aimed at students; pagination, except for the front matter, remains the same as in previous editions. There is a new foreword by me.

We are happy to announce the publication of the Nabokov Online Journal, Volume XII, 2018.

It is now available here: http://www.nabokovonline.com/.

Yuri Leving
on behalf of the NOJ Editorial Board