The dream of the Great Unfinished Novel

Nabokov didn't finish The Original of Laura, so we'll never know how good it might have been – and that's the key to its tantalising appeal 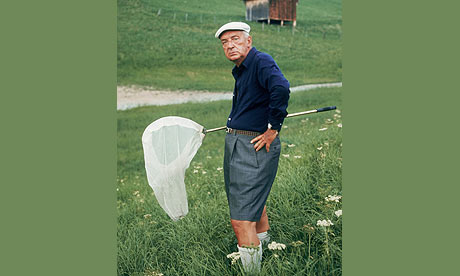 In search of the elusive unfinished novel ... Vladimir Nabokov with a butterfly net in the Swiss hills. Photograph: Horst Tappe/Getty Images

"For all sad words of tongue or pen / the saddest are these: 'it might have been!'" John Greenleaf Whittier's lines seem particularly resonant this week as, after a 30-year wait, Vladimir Nabokov's The Original of Laura is finally publilshed. It takes its place among the ranks of other posthumously-published unfinished novels such as F Scott Fitzgerald's The Last Tycoon, Mervyn Peake's Titus Alone, Truman Capote's Answered Prayers, and Charles Dickens's The Mystery of Edwin Drood. Putting aside the ethical debate as to whether any of these novels should have seen the light of day (a little more acute in the case of Nabokov, as he specifically requested The Original of Laura to be destroyed), the amount of interest generated by such titles suggests an enduring fascination with the Great Unfinished Novel.

Now I know the addition of the word Great here is a tad presumptuous, but surely this is what we're hoping for? We've come to terms with the all-too-likely possibility that the GUN in question will not bear close comparison with the author's finished works, but we still like to think that had the GUN been completed it would have been able to hold its own in their company. After all, no one wants to spend time reading a MUN (Mediocre Unfinished Novel) or a DRUN (Downright Rotten Unfinished Novel). Though no doubt there are more of these out there than we'd care to admit.

Obviously, the problem here is that we have no way of knowing how any of these GUNs would have turned out had the authors in question not died before finishing them, or even if they'd have been completed at all: for who's to say that The Last Tycoon wouldn't have collapsed under the strain of the early death of the main protagonist and a narrative perspective that seems hard to maintain even in the 100 or so pages we do have? Similarly, would Titus Alone have scaled the same heights as Titus Groan and Gormenghast to justify making what seems a perfectly balanced pair of novels into a trilogy? Or would it merely have cast a flawed shadow over the brilliance of the first two works and become the literary equivalent of Godfather III?

Of course, this is all academic. (To quote Nabokov's greatest and most infamous creation, Humbert Humbert: "I am just winking happy thoughts into a little tiddle cup".) Also, it is grossly unfair to the deceased authors. Unable to defend or explain themselves, they are no doubt spinning in their graves at the thought of their unpolished prose being dissected and pawed over by not-so-gentle readers. Yes, we know (if the biographies are to be believed) that writers are a clay-footed bunch at best, but nevertheless we expect them to write on through the booze and the blackouts and whatever personal traumas are assailing their lives. At the very least, we expect them to have the common decency to finish off any major works before their final surrender. And here, for me, is another interesting aspect of GUNs: they make us realize how random art (and life) actually is. While it seems impossible to imagine a world without Shakespeare, Joyce, Dickens and other members of the Cannon Gang, the existence of the GUN makes us realize that the canon only exists by chance and is not the inevitable force of nature we like to think it is. At the same time the GUN also gives us a tantalising glimpse of a whole new imaginary literary landscape. After all, even Lolita only escaped death by fire thanks to the intervention of Vera Nabokov and we have Max Brod to thank for Kafka.

So maybe we shouldn't expect too much of the GUN. While justifiably sighing over what might have been, perhaps we should also be grateful for being allowed this voyeuristic peek at a frozen work in progress, and realise just how lucky we are to have the great finished novels we do.

For now though, let's give Nabokov and co the benefit of the doubt. Let's believe that The Original of Laura would have been as beguiling and focused as Lolita and Pale Fire, and not an overly baroque riddle such as later works, Look at the Harlequins! and Ada (obviously am hoping for the former but girding myself for all evidence to point to the latter).

So in this spirit of goodwill, what is your favourite GUN? The one work you'd like to have seen realise its full potential? For me, it has to be The Last Tycoon. I love to imagine my earlier reservations would've been laughed off by a clean and sober Fitzgerald and the finished work combine the control of The Great Gatsby with the ambitious emotional sweep of Tender is the Night, to be hailed as Fitzgerald's true masterpiece.