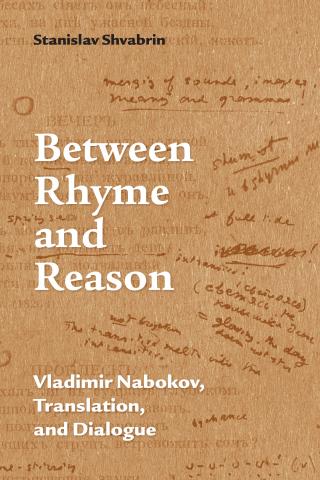 Nabokov asserts in Speak, Memory that once something has been seen, there is no unseeing it, and the afterlife of Nabokov’s translations in his compositions lend additional weight to this observation. Stanislav Shvabrin’s Between Rhyme and Reason: Vladimir Nabokov, Translation, and Dialogue explores Nabokov’s life-long involvement with translation as a form of communion with others, and Shvabrin treats Nabokov’s translations as dialogic encounters full of significance for his writings as well as his stance on translation. Thus a 1917 encounter with Francesco Petrarca reverberates throughout his works (not least of them The Original of Laura), showing Nabokov as a finder and keeper of the words of others, a writer whose texts teem with verbal vestiges of such conversations. Among such interlocutors are Pushkin, Shakespeare, and Carroll, but also Anna Akhmatova, Byron, Goethe, Heine, Keats, Mikhail Lermontov, Alfred de Musset, Bulat Okudzhava, Rimbaud, Romain Rolland, Ronsard, Jules Supervielle, Fyodor Tyutchev, Verlaine, Émile Verhaeren, and Vasily Zhukovsky. To account for the effects of such encounters, in Between Rhyme and Reason Shvabrin contends that Mikhail Bakhtin’s notion of dialogue affords us a glimpse into the inner workings of Nabokovian creativity.

The book can be pre-ordered via Amazon and the University of Toronto Press.