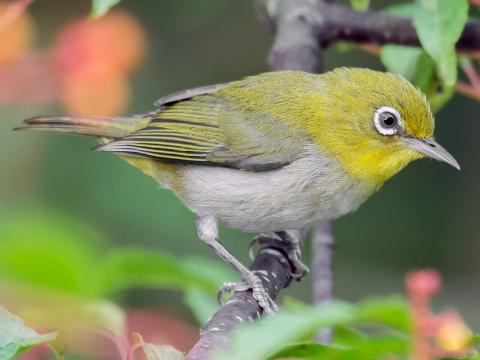 Various things have changed in or disappeared from my life recently, but none of them are so sad and irretrievable as Don’s passing.

I contacted Don for the first time in 1995 when I timidly subscribed to Nabokv-L. He warmly welcomed me and asked if I would like to post something about the current state of Japanese Nabokov studies. Thus, I also moved into a drastically propitious circumstance for Nabokov scholars, as if I had moved to a kind of Neverland full of Nabokovians from an isolated tiny place where I was studying alone without colleagues—it was before the foundation of the Nabokov Society of Japan and my participation in the Kyoto Reading Circle. As Brian wrote, Nabokv-L provided precious information and generated high-level stimulating discussions, always under the benevolent eye of its witty and wry editor. In 2004, Don generously invited me to serve as a co-commentator with him at the group reading of Transparent Things he held on Nabokv-L, saying that he and I belonged to a minority of Nabokovians who had a keen interest in this novella. The group reading lasted half a year, filling me with thrills and pleasure almost every day.

I met Don off-line twice. The first time was at the Cornell Nabokov Centenary Festival in 1998. On the eve of the conference, waiting for the opening of Lyne’s Lolita, I noticed that the scholar who had happened to sit next to me was Don. The second time was in the summer of 2006, when I was working in New York and Los Angeles, and my son was attending a summer session at UCLA. Don kindly invited us to their lovely house in Santa Barbara. The magical hours we were able to enjoy together with Don and Sheila will not perish from my memory.

Don was generous, kind and fair to everyone, always encouraging younger scholars including those from such distant places as the far east. I could not thank him enough for his kindness and generosity. I would like to pay forward his generosity to younger scholars, even if what I can offer is much, much less than my debt to him.

Don was eager to make the Nabokov society he founded and led more international in scope. It is truly regrettable that he could not visit Japan. He wanted to talk with the members of the Nabokov Society of Japan—or more correctly, according to him, the Japan Branch of the International Vladimir Nabokov Society—and we asked him to come to Japan twice, in 2000 and 2010, and he hoped to take us up on our invitation, but his physical condition did not permit it. I remember planning with Shoko Miura, the president of our society in 2010, to guide Don and Sheila around some places where they would enjoy watching Japanese birds. Now I imagine Don smiling as he watches real birds of paradise. I hope, in time, to hear him kindly explain the differences between those and the ones I have known in this world as well as in Ada.

The image accompanying this tribute represents a bird called mejiro in Japan. Once I sent Don a Christmas card with a stamp on the envelope which depicted this native bird of Japan, the warbling white-eye (Zosterops japonicus). He wrote back to me that it was a “lifer” (a species a bird watcher has never seen before in his life) for him and he looked forward to seeing some in Japan.